What is Iguazu Falls? A bit of history and relevance 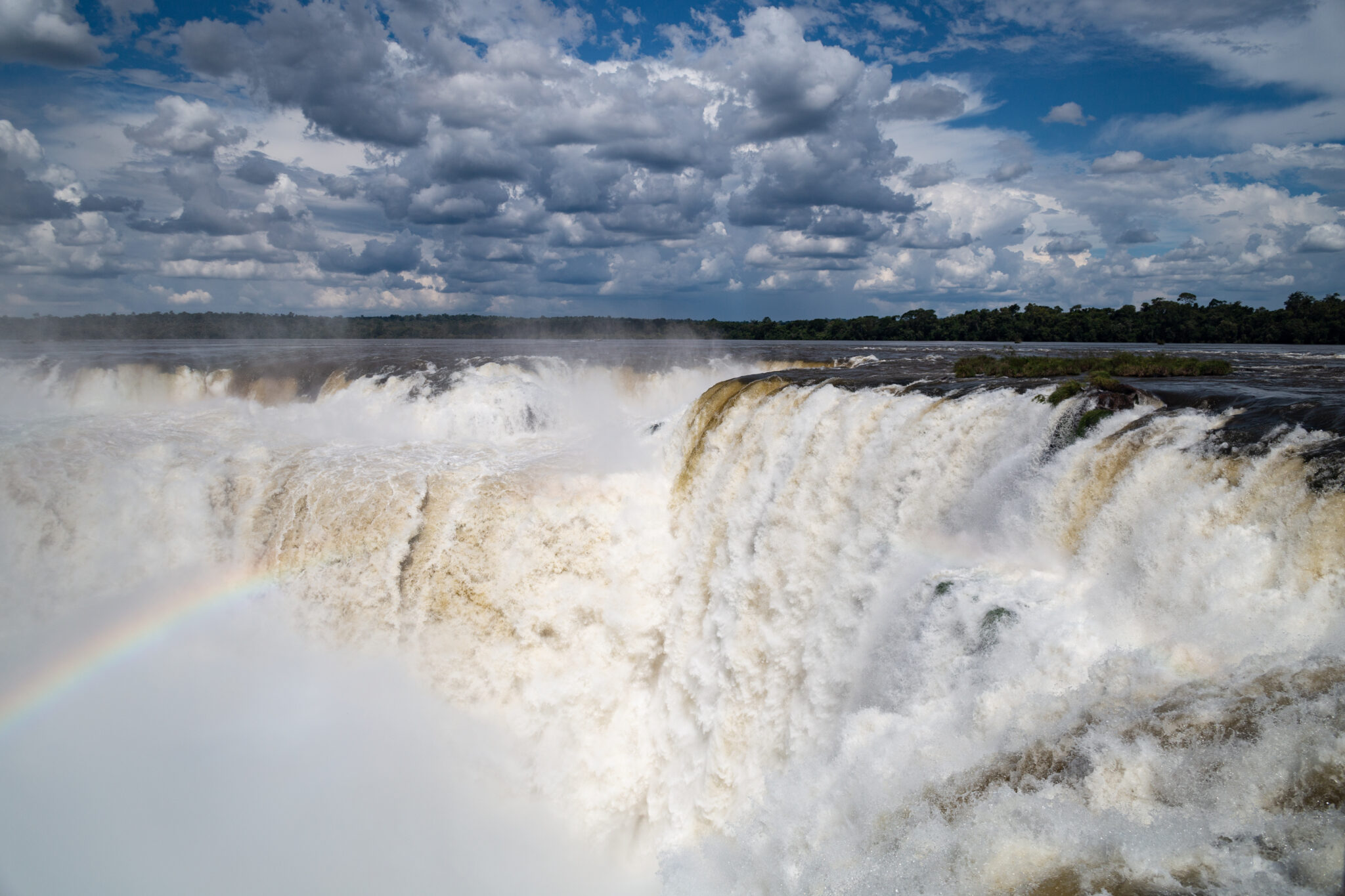 Back to the basics! Learn what is Iguazu Falls and why it is so important for Brazil and Argentina.

What is Iguazu Falls?

The Iguazú Falls are a set of waterfalls located on the Iguazú River, on the border between the Argentine province of Misiones and the Brazilian state of Paraná.

A few years ago, UNESCO chose them as one of the New Seven Natural Wonders of the World.

It is a unique natural environment comprising 275 waterfalls, of which 80% are located on the Argentine side. A separate spectacle is its jump with the highest flow, known as La Garganta del Diablo, which can be enjoyed in all its majesty from only 50 meters away after going through a footbridge that is reached using the Ecological Train service of Jungle.

In Iguazu Falls, you can take boat rides under the waterfalls and walk along trails appreciating some animals of the semitropical forest belonging to the phytogeographic district of the mixed forests of the Paraná phytogeographic province.

Iguazú Falls is unanimously recognized as the most spectacular falls in the world and a must-see when traveling to South America.

The Iguazu Falls: A bit of history

The area surrounding Iguazu Falls was inhabited 10,000 years ago by the hunter-gatherers of the Eldoradense culture. They were displaced around 1,000 C.E. by the Guaraní, who brought new agricultural technologies, then replaced by the Spanish and Portuguese conquistadores in the sixteenth century.

The first European to find this amazing place called Iguazu Falls was the Spanish Conquistador Álvar Núñez Cabeza de Vaca in 1541, after whom one of the falls on the Argentine side is named.

Jesuit missions followed in 1609. A Brazilian army officer, Edmundo de Barros, proposed the creation of a national park near the Falls in 1897. As the Falls form a part of the border between Brazil and Argentina, once those boundaries were clearly defined, two separate national parks were established, one in each nation. Iguazú National Park in Argentina was established in 1934, and Iguaçu National Park of Brazil was established in 1939.

The great power of the Falls was not utilized until the huge Itaipu hydroelectric power plant was built jointly by Paraguay and Brazil, completed in 1991. The dam, touted as a masterpiece of technology, is one of the largest in the world, providing nearly forty percent of the power to Brazil and Argentina. 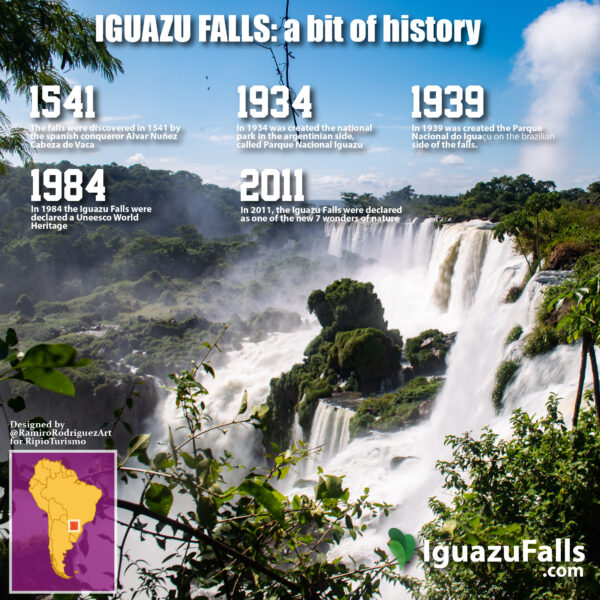 Why is Iguazu Falls important?

Iguazu Falls is a must-see in South America and a highlight when visiting Argentina, Brazil, or both countries. It’s also a great place to combine destinations like Rio De Janeiro and Buenos Aires. Due to this, Iguazu Falls is very important to the economy of both countries and their surrounding areas.

Sales & Marketing Manager at IguazuFalls.com & RipioTurismo
Table of Contents
Open chat
Hello, can I help you?