It consists of a Half Day City Tour that includes Shopping Tour and visit to the City of Ciudad del Este in Paraguay. Round trip transfer from Hotel in Puerto Iguazú and Foz de Iguazú is included.

Pick Up and Drop Off:

One of the youngest cities in Paraguay. Its importance arises from border trade, through the Friendship Bridge that connects it with Brazil, it is the Great Commercial Center of the 3 Borders. In its shops, visitors can obtain products from all over the world. Its population is 300,000 inhabitants. Founded in 1957, originally as Ciudad Presidente Stroessner, it is the capital of the Alto Paraná department, and is the second largest city in Paraguay.

The city that represents Paraguay in this geographical triangle, has been recognized in 1996 as the third world commercial center, behind Miami and Hong Kong, by Forbes magazine in the United States.

A large number of people from Brazil go daily to make purchases at this shopping city. Although traffic is very difficult at the Friendship Bridge, which connects Foz do Iguaçu with Ciudad del Este, there are large shopping malls with a range of products from different origins, such as alcoholic beverages, electronic devices, perfumes and cosmetics, at prices without taxes.

There's no optionals available for this excursions. Let us know if you need anything on your booking.

If for any reason, you decide to cancel the activity or excursion, the cancellation conditions specified in the product description or in the voucher will be valid.

In the event that the cancellation conditions in the product description do not differ, the provider of tourist services will charge you the following cancellation fees:

What are the timings?

Takes around 2 to 3 hours. The duration of the tour may vary based on delays at both borders.

We recommend doing this tour in the morning.

Can I add any other activity on the same day?

Yes! If you want a Full Day Tour, you can also visit Monday Fall and Itaipu Dam.

What Our Travelers Says

"My wife and I have just returned from an excellent trip to Iguazu Falls with ripioturismo.com. From initial contact before Covid in 2020, through several iterations, the final trip (10/01/23 to 12/01/23) from Rio de Janeiro, organised by Ramiro from ripioturismo.com was fabulous. Last minute changes forced by Latam Air’s poor service, was rapidly accommodated, and the resulting tours were first class, and good value for money. Collection from Foz, transfers to and from the hotel, tours of both the Argentinian and Brazilian sides of the falls, together with a Tango Evening, border crossings, 4x4 Forest tour and spectacular boat trip under the falls, all achieved with professional, knowledgeable and helpful tour guides. I cannot praise the whole team enough. We would definitely recommend both ripioturismo.com and Iguazu Falls to anyone wanting a spectacular experience.

"The tour was AMAZING! I loved our tour guide. He was professional, friendly, and also flexible & accommodating. We actually managed to fit in a lot into one day within a short amount of time, yet seemed to still move at a leisurely pace. We visited the Brazil side of the falls, walking tour of Ciudad del Este, and the Triple Frontier. Could not be happier with my experience. Thank you!

Wonderful trip to the Falls

"Wonderful trip to the Falls. Beautiful place and had very knowledgable tour guides. We visited Buenos Aires and Rio de Janeiro as well but the consensus was the Falls were the highlight of the trip!

I visited Iguazu falls and did Foz Do…

"I visited Iguazu falls and did Foz Do Iguazu sky dive. It was Awesome!! The tandem master was awesome, the external video grapher was awesome and the experience was simply wonderful

Delivered on EVERYTHING! Bretter than hoped for

"I booked multiple tranfers (airport, hotels, tours, etc) almost TWO years ago and had to keep pushing things out due to Covid. First Maqui then Ramiro worked with me in early 2021, early 2022 and finally late 2022 with every logistic of our Iguazu Falls vacation. Every single promise was kept, every driver, shuttle, tour guide, etc showed up as promised, on time, and with a great attitude. They were a pleasure to work with and would use them again in a heartbreat! Made everything stress-free!

How Do I Book?

Just complete the booking form. When you finish will be redirected to Paypal where you can pay the tour.

What Happens After Booking?

As soon as you finish the booking, check your email. There you will receive the instant confirmation of your excursion

In that email you will also have the voucher. Print it or take it on your phone the day of your excursion.

You can see the cancellation policy in the table above.

I Have Other Questions...

Just head to our Contact Page and send us your enquiries. 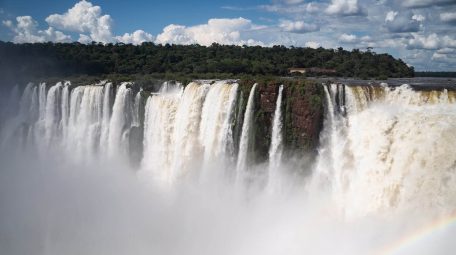 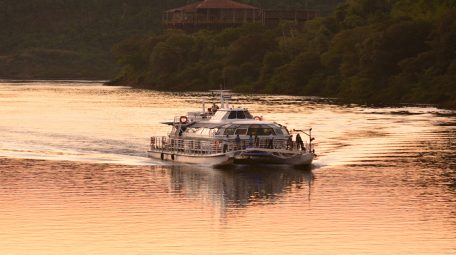 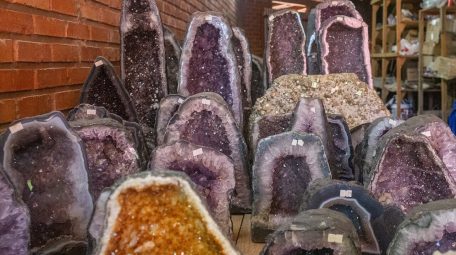 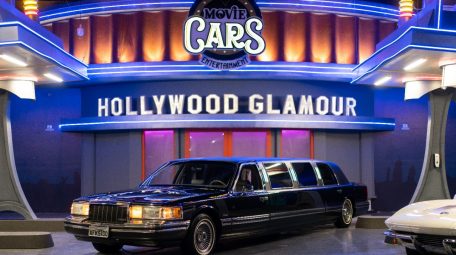 Movies Car in Foz do Iguaçu 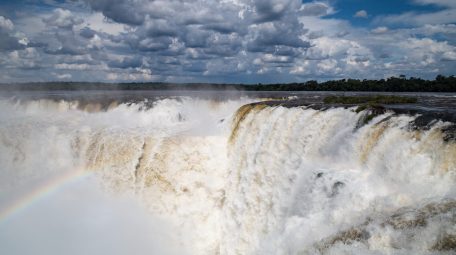 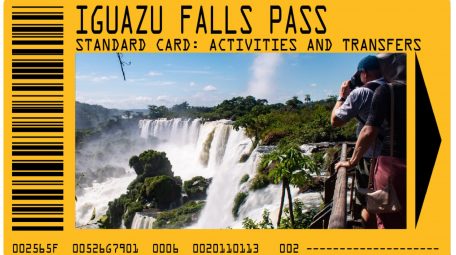 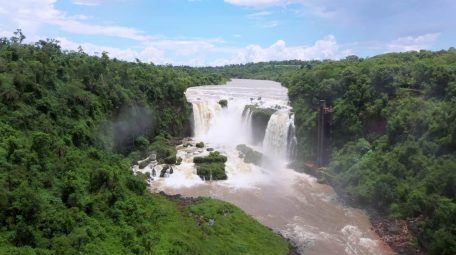 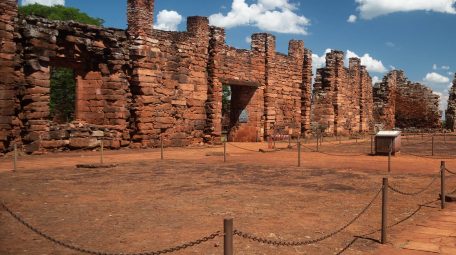 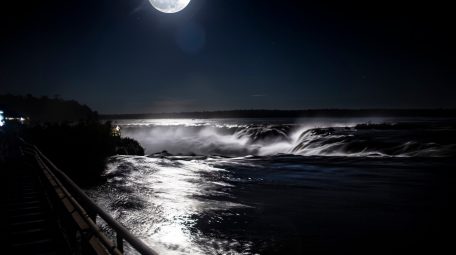 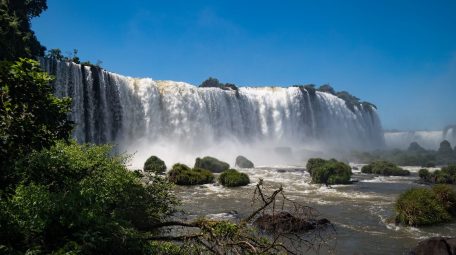 Half Day Tour to Iguazu Falls in Small Group (Brazil Side)

Open chat
Hello, can I help you?